Ubuntu play Store is like Google’s play store by which you get access to lots of third party apps Developed by Developers around the world . Ubuntu Play store and apps listed in it are maintained by Keshav Bhatt (Owner of Ktechpit.com ) Ktechpit.com is server from where the whole app builds and updates are published after moderation of each app done by Keshav Bhatt himself . 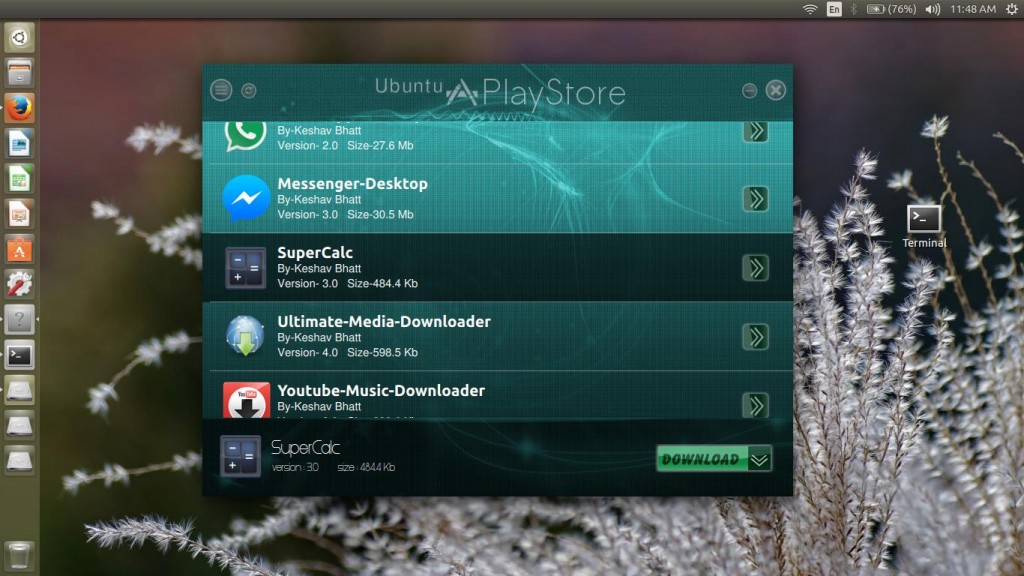 Download Latest .deb ( these links automatically points to latest build of play store you can get latest version from here )

NOTE: install with gdebi ,do not use dpkg -i  here’s why

How to update from older version to new version :

If you are already a old user and having a older version installed and want upload the client , there are two ways:

Restart client to make changes , you will have new version of client .

2-Ubuntu Play Store is very fast and low in memory consumption it will take approx 3 Mb after install .

3-It take only two seconds to launch i.e, 500% faster then Ubuntu software center.

4-It takes one Second to grab the list of software from my repository .

5-Every time you will launch you will get updated list of apps i.e, you dont need to run “sudo apt-get update” , it will get new and updated list of software including every minute change done by developer to their apps over the night .

6-It looks beautiful and it is theme-able too .

9-In-built auto app update feature for Client which notifies you when a new version of store is available .

10-Allow you to keep multiple version of single app on your system .

-Allow Client to list Popular GTK themes , Icons themes and other desktop eye-candies and allow easy one click installation of them.

-Fonts Installer – to allow browse and install hand picked fonts from the web with easy one click install button .