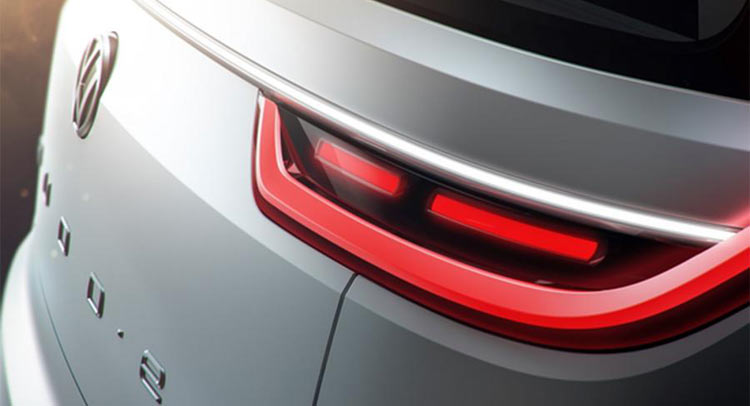 The rumor of an electric Volkswagen Bus concept to be shown at next month’s Consumer Electronics Show first appeared in September, just before the VW diesel emission scandal erupted.

In the wake of a pledge to boost its vehicle electrification efforts, Volkswagen has now confirmed that it will show a concept for an electric Microbus at CES.

FURTHER UPDATE: Volkswagen released another teaser photo, of the concept vehicle’s rear, showing what appears to be the name “Budd.e”. That’s a name VW had already trademarked in Germany, and a play on the word “Bulli,” the nickname in Germany for the original Type 2 bus.

UPDATE: Volkswagen released a 10-second teaser video for the concept on December 22, which we’ve embedded at the top of this article.

But one phrase stands out in the VW press release.

The sentence in question reads, “The world premiere marks the beginning of a new era of affordable long-distance electromobility.”

They’re the production version of the Audi e-Tron Quattro Concept SUV (possibly to be known as the Q6), and the next-generation Volkswagen Phaeton large luxury sedan, now postponed until 2020 or so.

An “affordable” new VW Bus with a fully-electric drivetrain that provided long-distance travel (200 miles or more) would be a major step forward for VW’s so-far theoretical plans to pump up its plug-in electric portfolio.

As a smaller and lighter vehicle than either of the luxury cars, it might be able to use a lower-capacity battery to achieve the same range.

And that might give VW its first affordable 200-mile electric car–and a stylish, iconic one to boot.

The company has shown two concepts for new VW Bus vehicles over the years, starting in 2001 with the VW Microbus. A decade later came the Volkswagen Bulli Microvan Concept of 2011.

In the spirit of the old bus, the Bulli featured a split-folding front bench seat, another bench behind, and the ability to stow the rear seat for more cargo capacity.

It could even be made into a camper by reclining the seats to make a sleeping platform–just like the old Sixties and Seventies VW campers.

Original Volkswagen Microbus and the 2016 Transporter

This year, during a roundtable at April’s New York Auto Show, then-board member Heinz-Jacob Neusser said VW developers and engineers were working on a revived Bulli, powered by a battery pack in the floor that feeds an electric motor driving the front wheels.

have a short, blunt nose–one of three design cues required to make it a “real” VW bus, according to Neusser. (The other two are a boxy center section and a wide rear roof pillar.)

Yesterday, the British magazine Autocar reported that VW had signed off on the new bus, which could go into production as early as 2017 at its assembly plant in Puebla, Mexico.

That means the new bus almost surely uses the company’s MQB architecture, which will underpin up to 4 million cars a year.

turbocharged four-cylinder petrol and diesel engines are also expected to be made available.