Look, we know it’s got a 4K screen. And yes, we know that sounds a bit mental. But trust us when we say that it’s not as ludicrous as it sounds.

It’s a brilliant display – there’s nothing more pin-sharp on the market at 806ppi density. We’re not convinced you’ll be able to SEE those extra pixels, and they’re not turned on all the time, but it’s there.

What makes this phone great is the fact it’s the phablet version of the Xperia Z5, which means it has a great camera, is waterproof and allows you to hear all your audio in beautiful upscaled sound quality.

Battery life could be better, but it’s no worse than a lot on this list – if you want to try something different, the Z5 Premium could well be it.

Not quite up the 5 star standard, but HTC still has one of the most beautiful phones around

HTC’s been used to living at the top of our charts for the last couple of years, and while it’s not quite managed it in 2015, it’s still a phone with the best build quality out there.

None of the old favourites are missing, so BoomSound enhancement still really turbocharges the audio and the Sense overlay remains one of our favourites, thanks to being sophisticated and really powerful.

The camera has been boosted to 20.7MP, although doesn’t have the impressive snapping power of some of the other phones on the market, and the design language still means this is one of our favourite phones to stick in the pocket.

It’s a touch more expensive than before, and doesn’t take a huge leap forward from last year’s model – but then again, that was nearly perfect, so where was HTC to go

The camera is superb, the audio and video quality brilliant and the QHD display crammed into the 5.1-inch screen is the sharpest on the market – although it does suck down the battery rather a lot.

The design is finally something we’re pleased to hold in our hand, rather than the plastic cheapness of last year, and the refined TouchWiz overlay is a lot nicer to use.

It’s actually extended its lead at the top thanks to some amazing price drops – so you can now get the best phone on the market for an incredibly low price these days. A no-brainer.

Google goes again for a phablet, and it’s a corker

The bigger of the two new Nexus phones is a phone that can entice you in many ways. Perhaps you’ll like the vivid QHD display, which is more compact this year to offer a sharper resolution when watching movies or browsing the web.

Or the fact it’ll get the latest version of Android first (currently the highly-ratedAndroid Marshmallow) or the innovative placement of the fingerprint scanner on the back – which is both quick and accurate.

It’s not super-cheap like the old Nexus phones (although it’s more competitive than other phablets in the same screen size bracket), but it’s very well made, and thanks to the improved camera and battery capabilities, there’s not a lot to hate here – just make sure you fancy that extra screen size and you’re away. 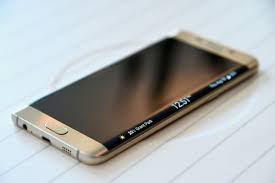 A phablet that’s ahead of the curve

The Samsung Galaxy S6 Edge is one of our favourite phones around at the moment, so when we got our hands on the supersized version we were almost giddy.

And we had good reason to be: the S6 Edge+ is a phone that takes all the great camera prowess, amazing screen and beautiful lines and adds another 20% into the mix.

If you’re after a phablet that looks different from the rest (and still lets you do everything you want to on the go) then this is a winner – it’s almost perfect.

Also consider: There are two great choices here – and they’re not what you might think. Obviously the smaller Samsung Galaxy S6 Edge makes a lot of sense, as if you’re looking for the same but smaller it’s right there. However, if you’re brand-agnostic (VERY brand-agnostic) then look at the iPhone 6S Plus too – it’s another phablet and is the best Apple has to offer, with a great range of apps to play with. 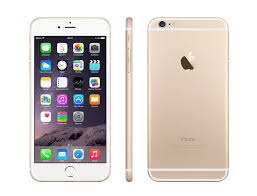 On one hand, this is just a larger iPhone 6S. That’s no bad thing, as that phone is one of the best around at the moment. But this second Apple phablet has a number of elements that make it a great phone in its own right.

The screen is Full HD and really packs some stunning colour reproduction. The camera on the back features optical image stabilisation, which means better low light video and photography.

The iPhone 6S Plus once again has something that’s eluded iPhone fans for years: a really good battery, with Apple using that extra space to cram in a few more mAh units.

It’s one of the most expensive phones around, and is bettered on spec by a few other phablets – but if you’re an Apple fan looking for a ‘bigger’ experience, this is the phone for you.

Sony doesn’t half like bringing out new phones, doesn’t it? The paint’s barely dried before a new one is shooting onto shop shelves – but we don’t mind when they offer fancy new features.

The Xperia Z5 is a big update compared to the Xperia Z3+ from earlier in the year though. It features a fingerprint sensor and has a much nicer design with a frosted glass back.

It still features the latest Snapdragon 810 processor with 3GB of RAM, but there are no overheating issues like before. There are less open than on previous Sony phones – but it still manages to keep its water resistant design. You can drop this in the toilet without fear, basically.

The large 5.2-inch screen looks great thanks to Bravia technology, and the camera has undergone some big changes with a 23MP sensor and new autofocus technology.

Also consider: You could go larger with the Sony Xperia Z5 Premium, which is mostly the same as this model but with a larger 5.5-inch screen and bigger battery – plus it’s a 4K screen too, although that’s not really that useful. However, the Sony Xperia Z5 Compact is a great option too – smaller 4.7-inch screen, but same great camera and not a lot lower in the power stakes.

Bigger, better, sleeker and faster than the iPhone 6

What can you say about any new iPhone? Most people are already decided about whether they’re going to buy the new model before it’s even announced – but that hasn’t stopped us giving it a thoroughly good going over.

The good points are the same as usual: a hugely powerful phone, a great camera and the new 3D Touch interface is genuinely useful, and will only continue to get better as time goes on.

The chassis is identical to the previous iPhone 6, which will irk some and might force them to wait for the iPhone 7, but it’s still well-designed. The battery life is actually a little shorter (to fit in the motor for the 3D Touch method) and is the the biggest issue with the phone.

That said, it’s still a brilliant iPhone, the phone that loads of users are desperate to get their hands on, and Apple’s not done any harm at all with this upgraded model. 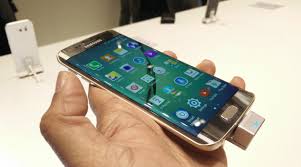 Curving into the future with impressive specs

The Samsung Galaxy S6 Edge has all the power and features of the table-topping S6 (amazing camera, stunning power, absorbing screen), but does it with a little extra too, thanks to the curved edges on each side.

They’re pretty much aesthetics, as they don’t add a huge amount of functionality, but if you’re going on looks alone, the S6 Edge has them in spades.

If you’re after a phone that’s wildly different from anything else with a great feature set and tip-top camera, this is your choice – and even better, it’s now dropped in price, so you’re getting all the design at an incredibly decent price.

Luxury leather on a smartphone that tries to please everyone

LG has tried to focus on what everyone actually wants out of a smartphone, a great looking design, colour rich display and the great camera for photos.

Don’t let that put you off though. There’s a lot going on with the LG G4, and for the most part it’s rather positive indeed. The leather back is much nicer than the plastic option, and it will make your phone stand out among the swath of glass and metal offerings.

Its large, expansive screen is one of the best on the market, the 16MP laser auto-focus camera takes some cracking shots and the rear buttons are easier to hit on a handset this size.

As usual, LG has offered us a phone that’s got a brilliant spec list at a phenomenally low price – and as that price has dropped even further, this phone is well, well worthy of being front and centre of a place in your pocket.

A brilliant phone that shows Samsung still has what it takes

While last year’s Galaxy S5 was nothing special, this year Samsung’s started from the ground up to make a truly wonderful smartphone.

The camera is superb, the audio and video quality brilliant and the QHD display crammed into the 5.1-inch screen is the sharpest on the market – although it does suck down the battery rather a lot.

The design is finally something we’re pleased to hold in our hand, rather than the plastic cheapness of last year, and the refined TouchWiz overlay is a lot nicer to use.

It’s actually extended its lead at the top thanks to some amazing price drops – so you can now get the best phone on the market for an incredibly low price these days. A no-brainer.

Have a Tech related news or announcement that you want get published on KtechPit ? You can submit it using our guest post system.

Note: Submitted Posts are reviewed before they get published.