California. Impressed by Indian Captain’s way of finishing the things in style just when the time appears to be running out, Microsoft has announced that it would launch “MS Dhoni” under the product brand MS Office to enable users to prepare presentations adhering to their deadlines.

Watching the highlights of the thriller where India won a nail biting and heart attacking versus Bangladesh, the Indian Origin CEO Satya Nadela said, “We know Indians struggle to keep pace with the deadlines. They are often seen lagging behind their targets. So to overcome this snag, we have decided to launch MS Dhoni as a PowerPoint tool that will help them not only to complete their incomplete presentations within the due date but also will save you from humiliation.” 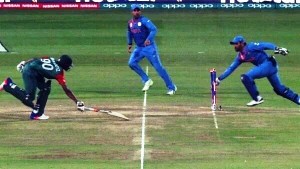 The proposed flash screen of the MS Dhoni application

“This product would be of a great help especially to MBAs who are often seen struggling to prepare presentations on time even after repeated reminders from their managers, and from their professors when they were students,” said Satya in a hurry, as he himself had to prepare the presentation using MS Dhoni for launching the product in market the next day.

As reported to us, the said tool will prepare small and irrelevant slides first and then informative and purposeful slides would be prepared that would constitute the crux of the whole presentation.

The announcement has brought Holi and Diwali together for all the MBA executives and students all over India. “Now we don’t need to desperately look for solutions or plagiarize other’s works. We can also make absolutely wonderful presentations after playing cricket during the rest of the time before the deadline,” an IIM Bangalore student told Faking News.

In another news, Christopher Nolan has decided to make a documentary on last three balls of the game so that Bangladeshis could interpret how actually did they lose the game. In the movie, all the balls will be shown as no-balls that were not called so by the umpires.

How bad a boss is Linus Torvalds?

Radiohead is erasing itself from the...

FB wall of Waqar Younis after...