Vivo Xplay 5 Elite is the first 6GB RAM smartphone in the world. Then, can the following one be the second? Check out Vernee Apollo to see how it looks like and what it offers us! 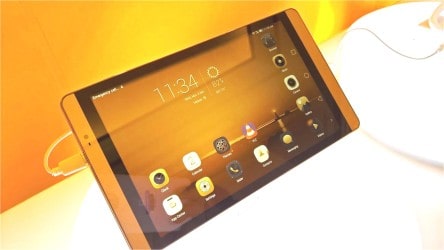 Vernee is a new Chinese smartphone manufacturer, so its name is kind of strange. Though, you may want to remember it for a long time after knowing that they are going to introduce a device named Apollo. Specially, it has been claimed to boast whooping 6GB of RAM, even much stronger than lotsa PCs. Some teasers of the phone were also released, showing an elegant, slim handset. However, to be honest, it is pretty similar to some other phones on the shelves, especially ones from HTC and Huawei. Do you agree?

Besides, Vernee Apollo specs are also unveiled. Specifically, it will own a 5.5-inch 2K screen, a 10-core Helio X20 processor, a USB Type-C port, 6GB RAM paired with 128GB of internal storage. Moreover, it will even pack a gorgeous camera set consisting of a 8MP selfie and a 21MP main sensors. Well, you will definitely have brilliant shots. Nonetheless, some other features such as battery and operating system have not been found. Perhaps Vernee will continue revealing in the next days. 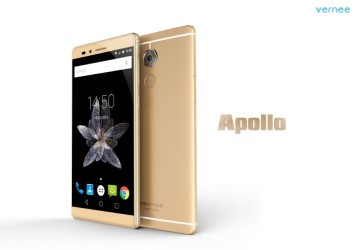 In general, despite being a new firm, Vernee really knows how to get people’s attention. They decide to announce a 6GB RAM machine while some big brands like Samsung, Sony, Xiaomi, OnePlus, Lenovo, LG, etc. have not said anything. That can be a good start, yet we still need to see it to believe it.

According to our sources, Vernee will join the world’s mobile market at the endn of April 2016 and Apollo will be their first model. Therefore, we totally can expect Vernee Apollo launch next month although its cost is still a secret. Furthermore, you can have a look at the Vernee.cc website to view more devices, including Vernee Thor as an entry-level phone and an unknown “new product”.

Google Tax: What Every Indian Blogger & StartUp Should Know