Lenovo recently launched the Vibe K5 Plus in India at a price of Rs 8,499. The device will be available in Champagne gold, Platinum silver, and Graphite Grey colour variants. Exclusively available via Flipkart, open sale began today at 12PM. Registrations are not required. During the first sale, there would be an exclusive exchange and upgrade offer for existing Lenovo A6000 and A6000 Plus users as well.

The Lenovo Vibe K5 Plus was announced at this year’s Mobile World Congress in Barcelona alongside the Vibe K5. Both smartphones have plenty in common when it comes to hardware, with the only detail being the display resolution. 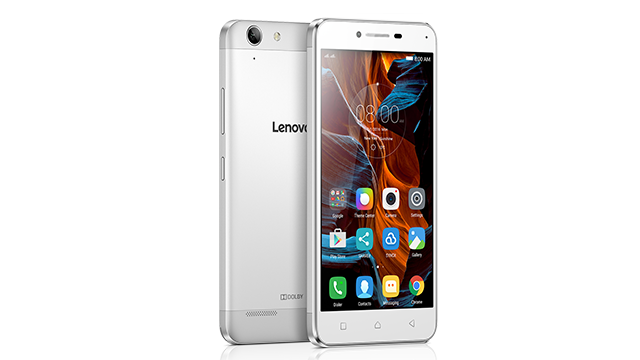 The device includes an internal storage of 16GB which could be further expanded up to a 128GB via microSD card. The speakers support Dolby Atmos technology and two of them are mounted on the rear to provide stereo audio respectively.

The Lenovo Vibe K5 Plus also becomes the first sub Rs 10,000 smartphone to support TheaterMax. Lenovo says that TheaterMax is an integrated solution that provides users with an immersive cinematic experience. Users can pair a K5 Plus with AntVR glass and convert any content (videos, games, live streaming, YouTube etc) into a large screen virtual screen experience.

“Lenovo has always strived to push the boundaries of innovation and bring the best technology through its devices to every category of consumers. With the K5 Plus, we want consumers to ‘Knock out’ their existing smartphones and upgrade to a better performing phone,” said Sudhin Mathur, Director-Smartphones, Lenovo India.

How to Flash Fastboot ROM on...